to eat to drink to bake to cook to live

I have a bunch of girlfriends that I have known for years. They are uber talented, smart and “crafty”. We communicate mostly via social media, and we rarely meet up for lunch. Even if we do, there is always one or two missing in the picture. So FINALLY we managed to sit down and have a meal together at Violet Oon’s Kitchen. 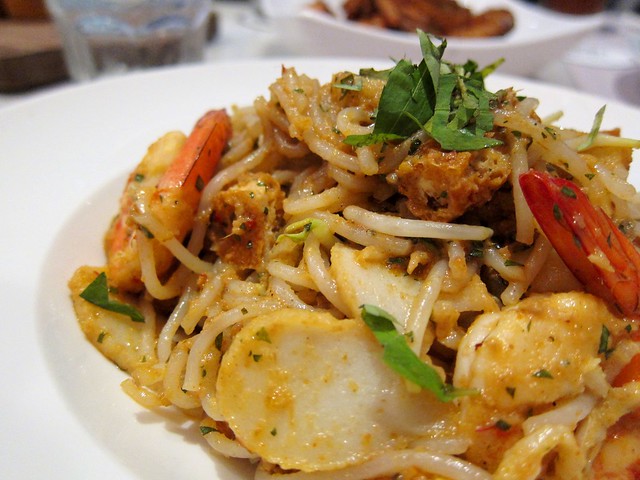 All of us ordered a different main and some starters to share. I have heard so much about the dry laksa that I had to get it. It definitely lived up to the expectation. It is not exactly a fried noodle dish – it has enough sauce to coat the noodles without being sloppy. The rempah was beautifully done and they have added the right amount of coconut milk so you would not be sick of the laksa. And there were so much “liao”(translate: ingredients)–beancurd puff, fish cake and prawns. Everyone (including myself) loves this dry laksa.

My friend, R got the dry mee siam. Unlike the dry laksa, you don’t think you are eating dry mee siam. Perhaps it was the choice of noodles which was thick noodles. When I think of mee siam, I always relate to thin vermicelli. However the spices were well done, it was still a good dish. 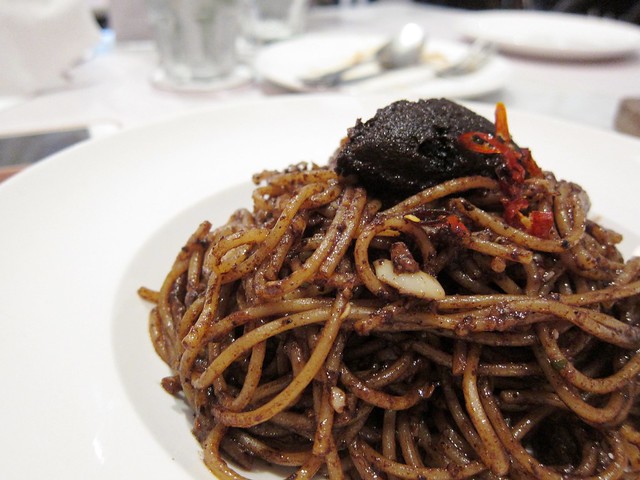 At our table, another friend, R was brave enough to try the buah keluak pasta. The pasta was a tad too spicy for me but the buah keluak tapenade was strangely nice and addictive. I could not describe the flavour but it was rich and savoury. If the spice level was slightly lowered, I think I can polish off the entire plate 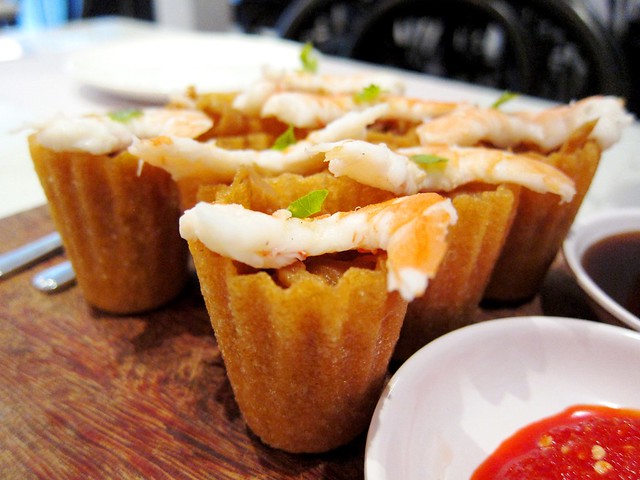 We also ordered the kueh pie tee and ayam goreng to share. The ayam goreng aka fried chicken was crispy and the flavour was pretty good. But the chicken was over-fried, it was a bit dry for me. The kueh pie tee fared so much better. The filling which was made up of bamboo shoots and turnips that were beautifully cooked in a rich prawn broth, making the entire dish super tasty.

Though I am not sure when we will gather for another meal, this was sure a lot of fun. We filled the restaurant with our laughter and loud chatter. And it was made even better with delicious food in our tummies.

Cafés and Restaurants, Dining Out

Roast chicken with sumac, za’atar and lemon (and yes, a new website. FINALLY!)

Theme by Anders Noren — Up ↑