to eat to drink to bake to cook to live

Hello! This slacker here finally woken up from her food coma and resumes her writing. It has been a filling and delicious few months, and I cannot believe it’s 2014! I ate so much and I am amazed that my stomach has yet to explode. 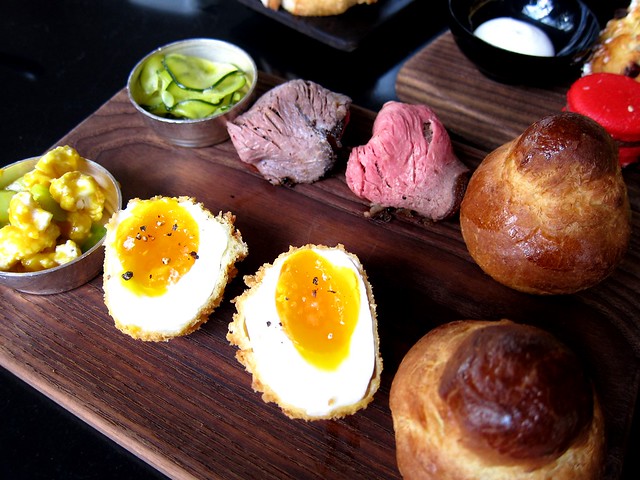 My friend, Evie was back for her year-end holidays, and I suggested tea at Pollen for some catching-up. Unlike the hotels, Pollen’s afternoon tea menu was rather small. However every item that is served to you is well planned and paired beautifully. We were given a platter savoury and sweet treats.

Evie and I started with the bread basket of toasted sourdough and cod branade. At a glance, the cod branade looked tasteless – it was not fishy, and it was creamy with a slight hint of saltiness. We finished our bread and cod branade in rapid speed and were horrified when we discovered the table next to us did not finish theirs. 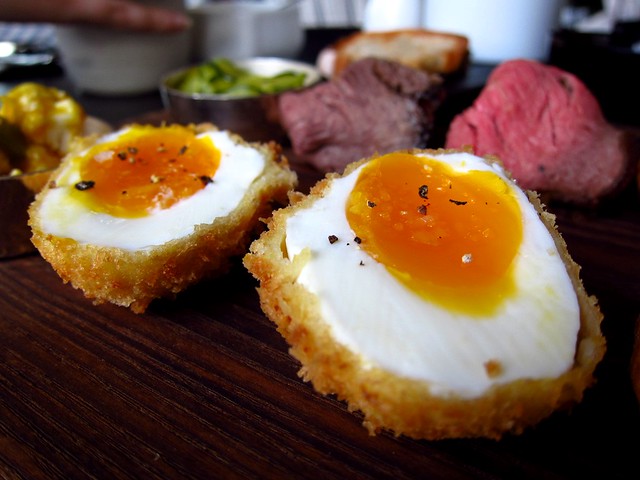 For the savoury items, we had Scotch eggs with piccalilli relish, and seared beef with zucchini relish and onion brioche. Though the Scotch eggs did not have the traditional minced meat encasing the egg, the latter was cooked perfectly with a runny yolk. Paired with the cauliflower piccalilli relish which was pungent and sharp, it was a delight to put this small bite in my mouth (and this coming from someone who don’t like eggs).

For the seared beef, it was cooked to medium rare hence the meat was not chewy. I prised open the onion brioche, and filled it with slices of beef and zucchini relish, and ate it like a sandwich. It was awesome. I definitely have no making of a dainty tai-tai. The tartness from the relish cut through the richness of the beef and brioche. And I almost did an “Oliver Twist” and ask for more. 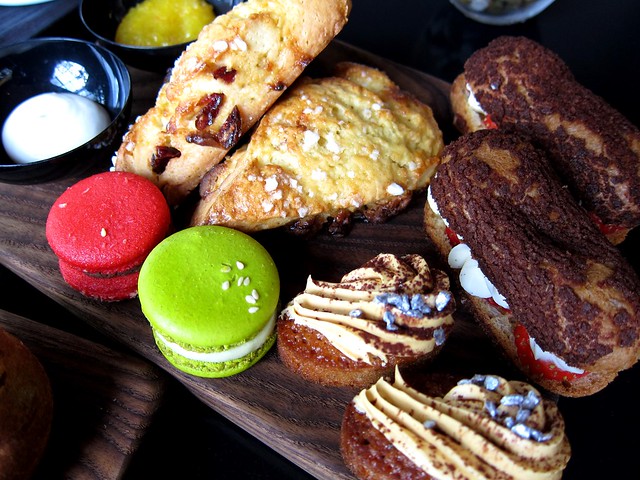 Personally, I think the sweet did not fare as well as the savoury. There were some hits and misses. My favourite on the platter was the éclair with fresh strawberry and cream. Though Evie found the strawberry to be rather sour, I quite liked it as it was refreshing amongst the thick, luscious cream. The choux pastry was crisp without being dry. 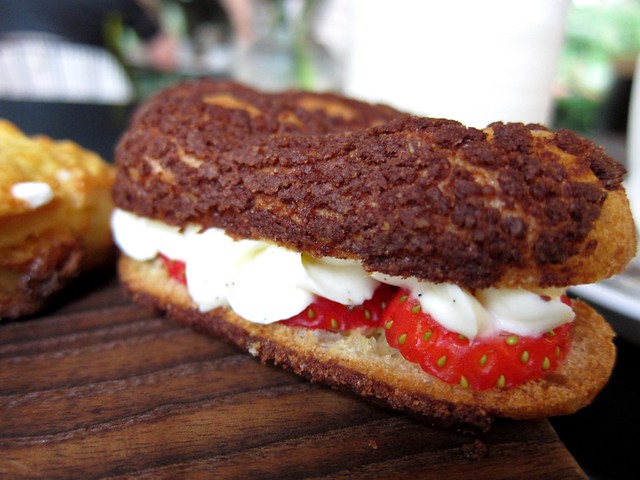 On the platter, we also had an orange and cranberry scone, macarons and a banana tea cake. The scone was beautifully scented with orange but it was way too big. I knew I wouldn’t be able to finish it. The banana tea cake was not too bad but I don’t fancy the buttercream on top which was a tad heavy. And the cake itself was also a bit stodgy. The macarons we had that day was raspberry and chocolate, and lime and coconut. They were quite well made and the flavours complemented each other.

Pollen’s afternoon tea looked little, but seriously how much can one eat. It is not a competition to see how many open sandwiches you can eat. It is about a comfortable space, where one can chat with friends and enjoy some delicious afternoon delights.

Cafés and Restaurants, Dining Out

Finally rolling out of the cave

Chicken soup for the soul

Theme by Anders Noren — Up ↑